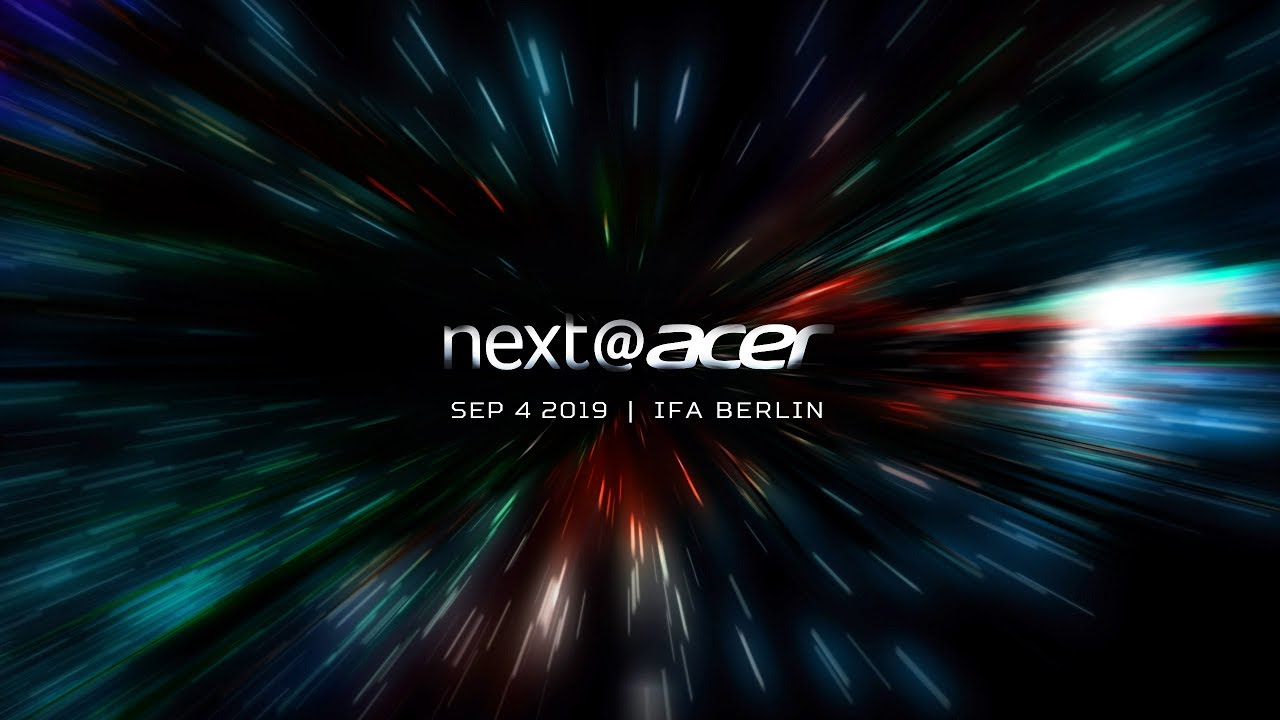 IFA Berlin 2019 technically starts this Friday, but companies such as Acer have already started announcing quite a fair bit of new tech, including a literal 14 thousand dollar chair, the Predator Thronos Air. Along with that, Acer has announced new laptops for both creators and gamers alike. In this article, we will be touching on the basic specs of the new tech announced, as well as my thoughts.

Acer’s ConceptD line consists of monitors and laptops focused towards content creation. Their laptops generally have good CPUs, GPUs, and of course, amazing screens. The screens on both the laptops and monitors typically have amazing colors, and a high resolution. Let’s take a brief look at the new additions to the ConceptD lineup:

If you work with heavy software, and are constantly on the move, this laptop might be right for you, although it’s insane specs are matched with it’s insane price. I personally think the laptop is too thick for my liking, and I would rather go with a Pro 7 if I was in the market for a creators laptop.

If the software you work with is more graphics intensive rather than CPU, and you prefer a smaller screen, this laptop seems like a good choice. Along with it’s great specs, it’s got a beautiful look, and is much less bulky than the ConceptD 9 Pro.

The ConceptD 5 Pro is a very balanced laptop. It’s got a great screen, great graphics, a great processor, and for a reasonable price. If you don’t need the extra graphics the ConceptD 7 Pro brings, this one might be suitable for you.

Moreover, Acer announced the ConceptD 5 with a 2060 graphics card, the ConceptD3 Pro, the ConceptD, and a ConceptD CM2241W monitor. Now that we’ve covered the important additions to the ConceptD line, let’s move on to their Gaming products, the Predators.

Acer’s Predator lineup is a lineup of gaming devices, including laptops, monitors, mice, keyboards, and even chairs!? This year, they revealed a new laptop, an upgrade to the Triton 500 (which I’m actually using right now!), and a 14 thousand dollar chair. Yes, you read that right.

If the Triton 300 is anything like the Triton 500, I’d say this is a very good entry gaming laptop. It’s got a 1650 which should do you well in games, 144hz which is a must in my opinion, very narrow bezels, a pretty good CPU, for a decent price. If you’re looking for something very much cheaper, take a look at the Acer Nitro line. I also appreciate the addition of a numpad even though it’s 15 inch- it would have been a great addition to the Triton 500.

Wow. Just, wow. The first 300hz display, and it’s on a laptop. If this model has battery life similar to the older Triton 500 model (Which I’m using right now!), then I would 100% recommend it. Although, due to having double the refresh rate, I doubt it. Moreover, the price is pretty steep, but of course that would be expected as it’s the first 300hz screen. I personally was not at IFA so I cannot comment on how smooth the screen is, but if it’s anywhere near the difference of 60hz/144hz, then it’s amazing. For someone looking for a top of the line gaming laptop they can take anywhere, this is it. If you’re looking for a more budget, but still very powerful, the older model of the Triton 500 (Which I will be reviewing soon, so look out for that) is what I reccomend.

The predator Thronos Air is a gaming chair that is probably the most insane gaming chair you’ve ever seen. For the actual chair functions of it, it can be adjusted to different angles, 130 degrees inside and 180 degrees outside. It also includes a massage function function, in-case you’ve been sitting down too much.

In terms of the gaming part of it, it supports three built in screens along with space for a webcam. Of course, it also includes an adjustable keyboard + mouse tray, and also a foot rest. The actual PC is stored behind the chair on a platform, that also includes a cable management system. There are also customization options which are not all revealed yet, but the ones we know are: Seat stabilizer, cup holder, headset holder, USB hub, & a camera.

As expected, the price for this is rather insane. It’s starting price is $14 thousand (EUR 9 thousand in Europe), and it’s being released in Q4 2019. If you’re thinking this chair is an insane creation, you’re probably right. This is made to target a specific audience, and I wouldn’t be surprised if it was made on order. If it’s like the older Thronos, which started at a bit over double this price, you’ll have to fill in a Google form just to inquire about purchasing it, and had to adhere to installation requirements (Must be installed on a ground floor, must be an area 8 feet wide by 8 feet deep, installation location must be able to support 715 pounds).

All in all, Acer revealed some pretty impressive products today. A 300hz screen on a laptop, some very impressive Creator laptops, and of course, the insane Thronos Air. This isn’t even everything they revealed- I haven’t covered their new monitors, Chromebooks, or projectors. One of Acers best qualities is how they are able to stick so much power into such a small laptop, such as the Triton 500. Whether these products are good in person we are yet to see, but from the specs on paper, these products are pretty damn impressive.